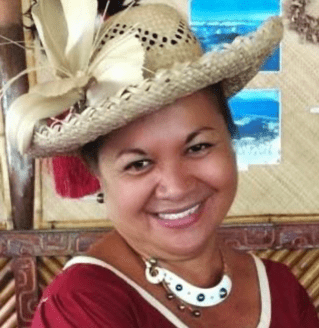 Though most of you know our Manager of the Tahiti Village as Heitiare, please meet Jeanne Amelie Heitiare Panee.

Born in Tahiti – French Polynesia, Jeanne Amelie Heitiare Panee (known here as Heitiare) received her name through her grandmother. Hei means a garland and Tiare is the national flower of French Polynesia, the white Tahitian gardenia. Her parents chose Jeanne as her 1st name, but her grandmother called her Heitiare and so did everyone else. A fun fact is how Heitiare met Jeanne (her 1st name)!  At school, the list of student names was called out in preparation for a 3-day test. Heitiare heard a Jeanne Tuairau being called and naturally thought she had a cousin at her school.  When the school official asked if anyone was missed, she raised her hand. They checked her ID and told her that according to her records her name was, in fact, Jeanne.

Before coming to BYU-Hawaii, Heitiare attended Pomare High School, a private Protestant high school where she also completed two years of college. She was encouraged to major in biology as a pre-requisite to a medical degree. She chose math instead as she had a talent for the subject and more importantly “math is less bloody than medicine.”

As a BYU-Hawaii student, Heitiare worked at the Polynesian Cultural Center in the Tahiti Village. One highlight from that period was being selected to represent the Polynesian Cultural Center’s team at the Aloha Week Parade in Waikiki. She later transferred and became a VIP tour guide where she had the blessing of being the guide for Elder Oaks and his family. Afterward, and with her supervisor’s permission, Elder Oaks asked Heitiare to join them for dinner. He also asked her, “Are you dating anyone or is there someone special”? What an auspicious question!

Heitiare and Terry Panee had just started to date. They both worked as tour guides and often the department employees would go out in a group. One night Terry told Heitiare, “Let’s finish early and go out.” She replied, “I didn’t know we were going out.” Turned out he meant just the two of them. A week later they were engaged.

When Elder Oaks asked if there was someone special, Heitiare invited her fiancé Terry to join them. During dinner, Elder Oaks encouraged them not to wait to get married. Although they both had planned to wait until after the spring semester, they took his advice and married at the end of that semester.

Heitiare chose to be a stay-at-home mother taking care of her two daughters and hanai son. Later, she returned to the Center and worked in the Mission Settlement. After a restructuring lay-off, she was recalled and worked in the Hawaiian Village. Shortly after, Heitiare was asked to transfer to the Tahiti Village and to support Raymond Mariterangi. Upon his retirement, Heitiare was promoted and became the manager of the Tahitian Village.

Heitiare finds her role to be most rewarding as her purpose is to help others develop their talents and skills. Hiring the right people can be challenging but, “I enjoy most connecting with each co-worker and infuse a passion of our culture to share with everyone, a respect of our people to perpetuate the island spirit. There is joy in seeing others who sometimes don’t even know that they have talents in them, lying dormant and waiting to come out.”

The precious Tahitian black pearl is a fitting metaphor. A foreign object is introduced into the oyster very carefully, so the oyster isn’t killed. Then over time, the oyster envelopes the object and it becomes a part of the oyster. After 18 – 36 months, the beautiful Tahitian Black Pearl is ready to harvest.

Heitiare further likens this process to how the Lord constructed a great gift which we can liken to a magnificent Polynesian oyster, which is the Gospel. To continue this analogy, a pearl has been produced to share with the World – a pearl of great price. The Polynesian Cultural Center is the pearl, mounted, and always ready to show its beauty to all who seek it.

As a steward of the Tahitian culture, Heitiare is grateful to have grown up with her grandparents learning about the language, culture, and people. She is also humbled to be working at PCC where she gets to share her rich cultural heritage with our future leaders. 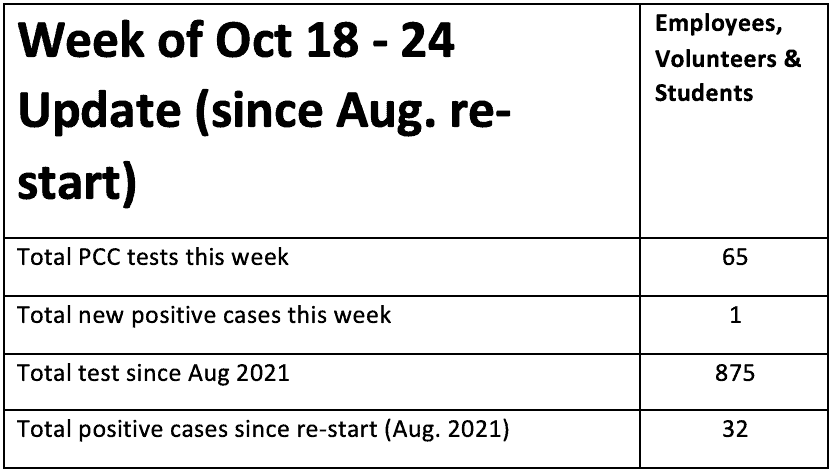 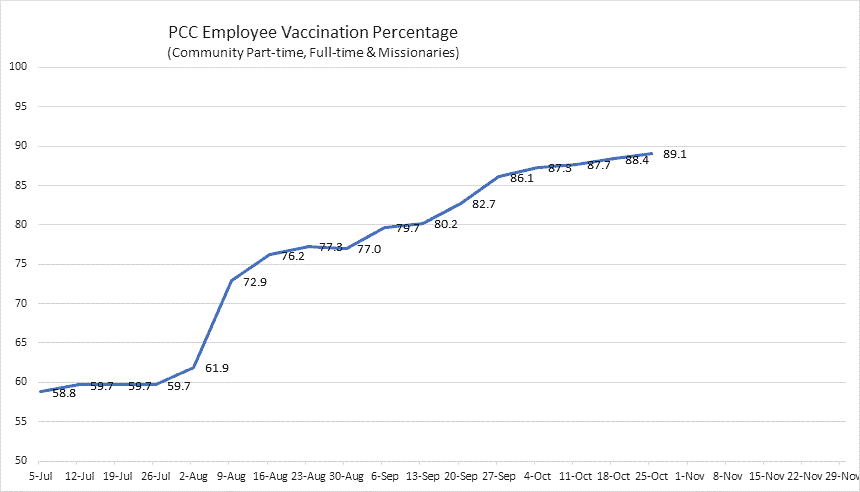 Employers are strongly encouraged to develop an injury and illness prevention program. An effective program benefits all workers, including youth, and involves supervisors, management, experienced workers, and new workers. 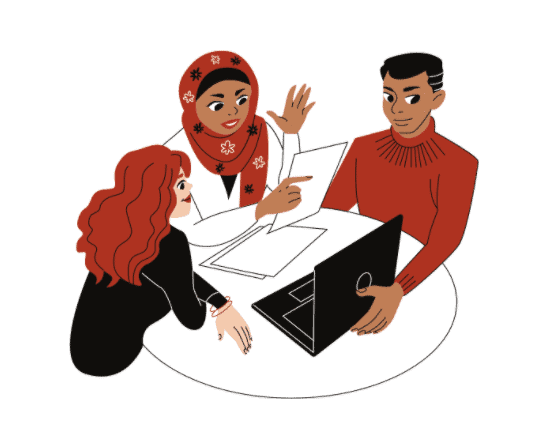