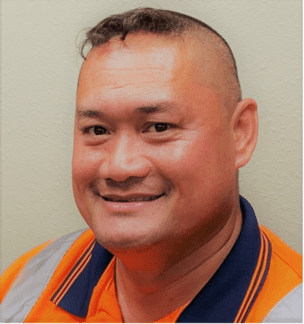 “I’m not a secret agent!” Elder Tsing kept reassuring his mission companion with whom he was serving in the Canada Montreal Mission. Turns out the French Foreign Legion was just checking upon him. Tommy had taken a two-year leave of absence from the French military to serve a mission for the Church of Jesus Christ of Latter-Day Saints. Please meet Tommy Tsing, Polynesian Cultural Center Grounds Manager.

Tommy Tsing is a native of Tahiti. When Tommy was six years old his father enrolled him in karate classes. By the time he graduated from high school, he was a black belt. The next step was to join the military to fulfill his obligation to serve France.  Upon joining the military, the focus and discipline he learned through martial arts training caught the attention of military leaders.  He was identified early to become part of French Special Forces, similar to our Green Berets, and sent to serve in France.

After two years in France, Tommy requested a military exemption to serve his mission. The exemption was granted and Elder Tsing was sent to Canada. Two months before his mission would end, Elder Tsing and his companion were sent to open a new, difficult area. Upon coming out of the first meeting with their zone leader, Elder Tsing noticed something going on that the elder didn’t want to be a part of. He said, “I think we should stay back.” Soon, there was a large police presence and a man was taken into custody. “How did you know?” asked the Elders.

The next day Elder Tsing got a message from his mission president about an urgent matter. The mission president didn’t know what was going on, but the French embassy wanted to see Elder Tsing at 7:00 am the next morning. This was a meeting he needed to attend by himself, not with his companion. Turns out the French military was “just checking” to make sure they knew where he was and that he would be returning to military service soon. From then on, his companion thought he was a “secret agent.”

After the military the next step was college. Tommy came to BYU-Hawaii and majored in Exercise Science. He worked for a short period of time with Dr. Holland, a Chiropractor in Kahuku, as a Physician’s Assistant. At school, Tommy loved science because, unlike a math formula, science formulas do not always have only one answer. And, even though he was good at math, he always said, “I hate math! I love science.”

As a student, Tommy worked at the Polynesian Cultural Center as a dancer in the night show and canoe pageant. He danced Ha-Ma-Ta, which he said, “stands for Hawaiian, Maori, and Tahitian.” After a while, Tommy switched to working as a security guard which worked out better for his class schedule.

Following his graduation, he worked in the Tahiti Village and with the carvers including Jarod and Uncle Barney. Tommy was part of the group that carved the tikis in front of the Center, the carvings in the Maori village, and helped construct the Iosepa.

Tommy left PCC for a couple of months and worked trimming trees for the Hawaiian Electric Company. With a green card in hand, he came back to the Polynesian Cultural Center and worked as a musician playing drums in the Tahiti Village and in the night show for about a year.  He then heard the Hawaiian Electric Company calling his name and worked for them until COVID shut things down in Hawaii. The members of his team at the power company were considered trained assets and certified to work front-line fires. They were sent to the mainland to work on power lines impacted by the California fires. Tommy said, “In Cali, I felt like I needed to work closer to home.” The Polynesian Cultural Center is home to many. Recently, Tommy’s wife encouraged him to apply for a job as a carver at the Polynesian Cultural Center. For some reason, Tommy’s resume ended up on Kea Haverly’s desk. Kea recognized the strength and leadership skills Tommy would bring to his department and convinced him to come work for the Grounds Department.

Tommy is home for now with his wife and three kids who bring light to his life.

“The PCC is a way to prepare people to receive the temple and for missionaries to serve and help build this place. This is a place where culture converges in one place for the whole world to see.”

Tommy is happiest when he is serving others. 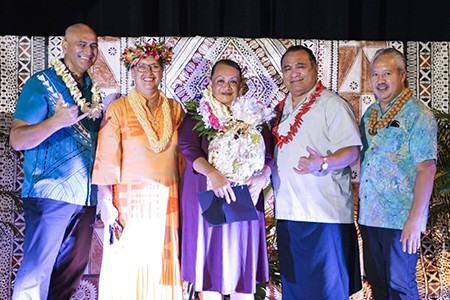 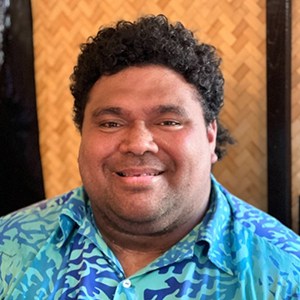 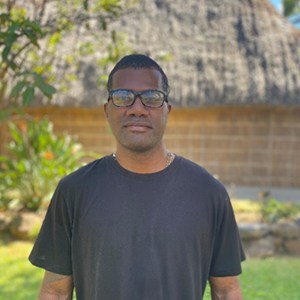 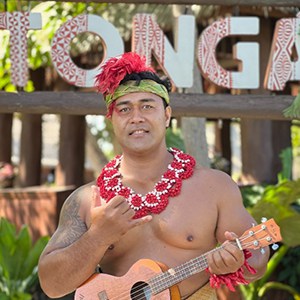 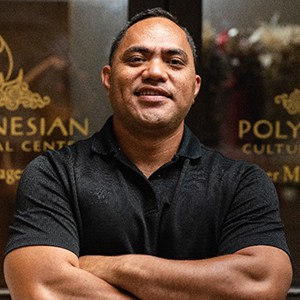 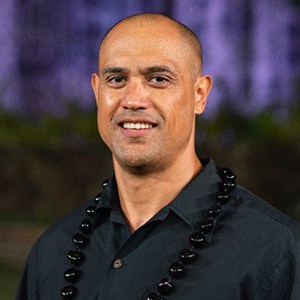 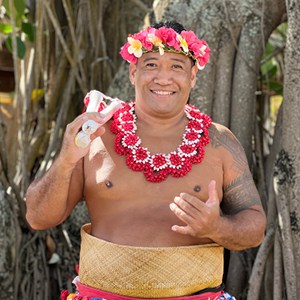 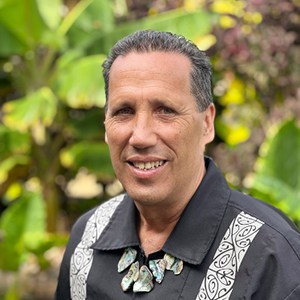 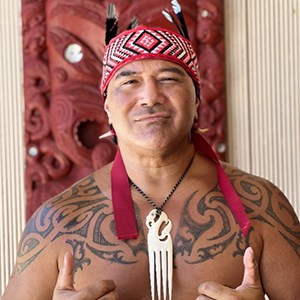 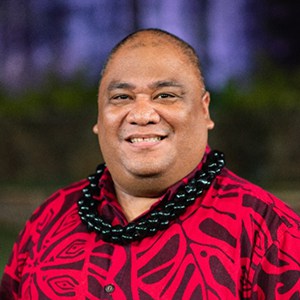 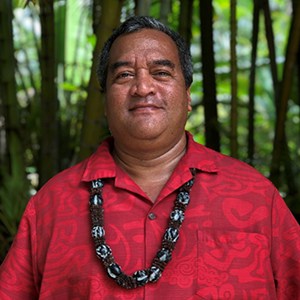 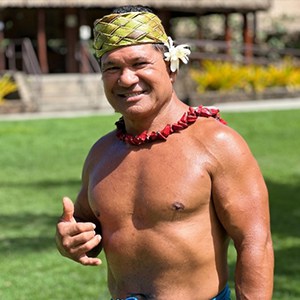 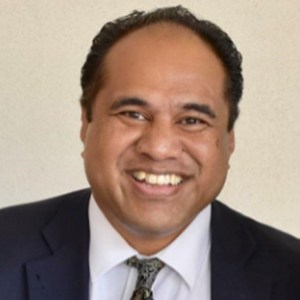 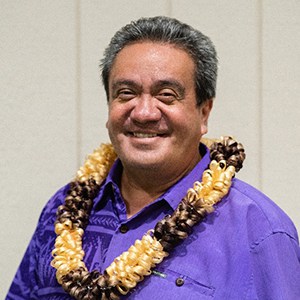 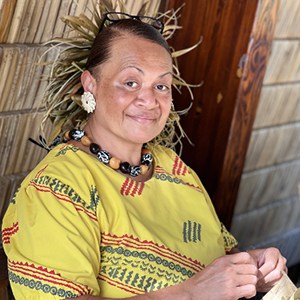 Some photos of the Polywood Gala: 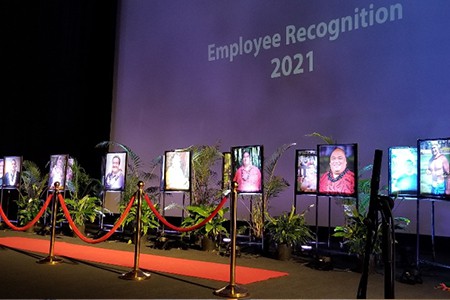 It was a real red-carpet event! 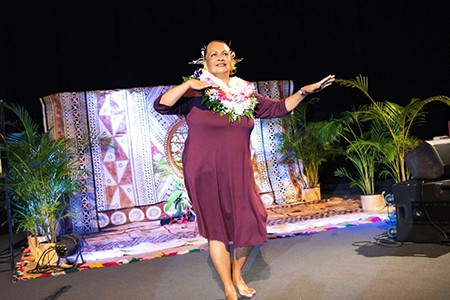 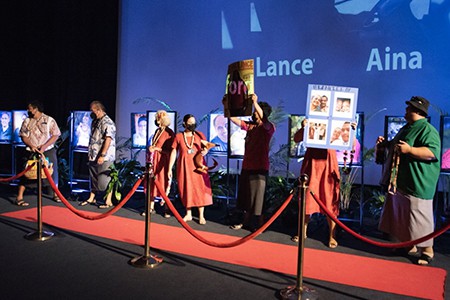 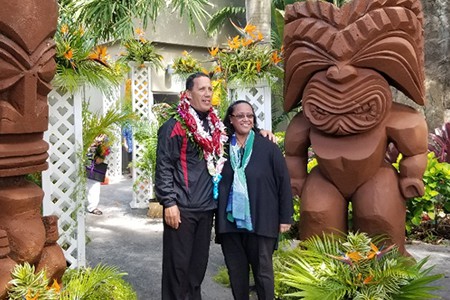 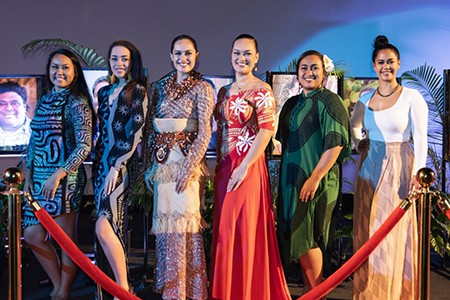 The beautiful red-carpet escorts and supporters! 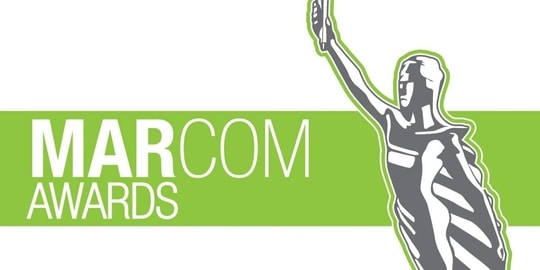 The Polynesian Cultural Center won two awards in the MarCom Marketing Awards of 2021. Marketing professionals compete every year for the chance to be recognized by industry leaders in MarCom. The main goal of these awards is to honor excellence in marketing and acknowledge creativity and hard work. The MarCom statuette is a symbol of high prestige and achievement given only to the top firms in the world. 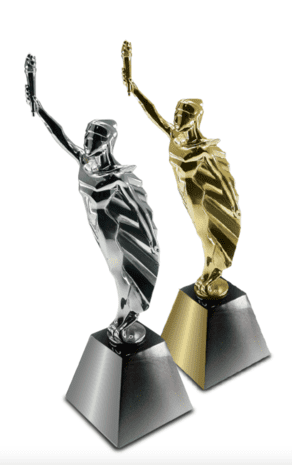 The MarCom statuette is custom-designed and crafted by Society Awards, makers of the Golden Globes

The Center was awarded the Gold Award, the second-highest award, for the COVID-19 Safety Video and an Honorable Mention for the design and usability of Polynesia.com. The video, which was posted on July 6, 2021, has already garnered over 6 thousand views and is flooded with positive comments! In the words of Seth Casey, our Senior Director of Marketing, “Well done everyone. Much deserved recognition for all your hard work”. 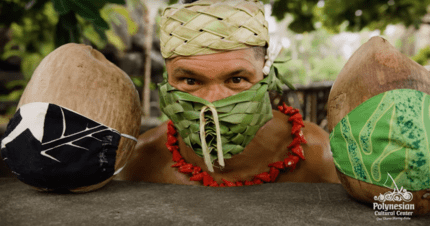 A screen capture of the award-winning safety video 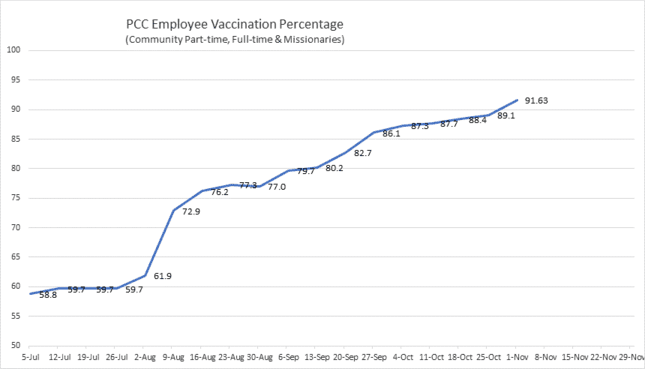 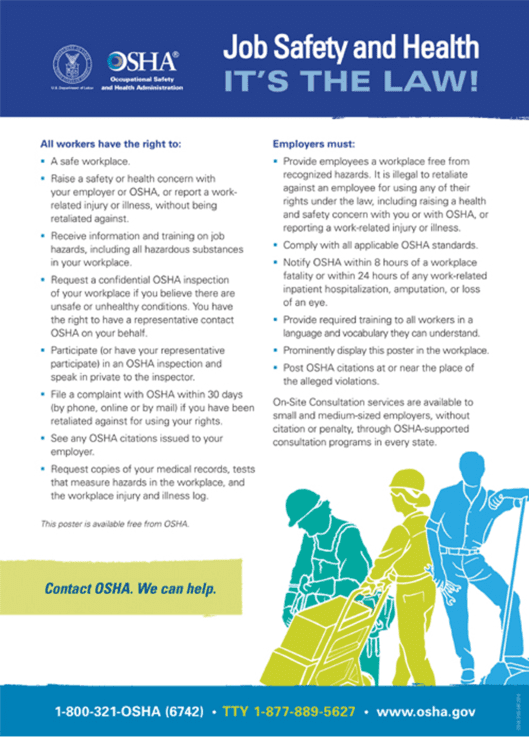