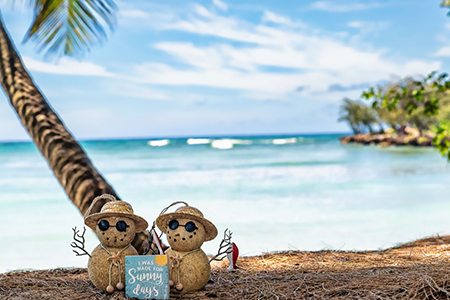 The Polynesian Cultural Center is a strong supporter of preservation and restoration efforts across our islands. Hawaiʻi is an eco-center of ocean, island, and volcanic importance. By following these guidelines, we invite you to become a part of the solutions put in place to allow our islands to thrive. Read the full blog here! 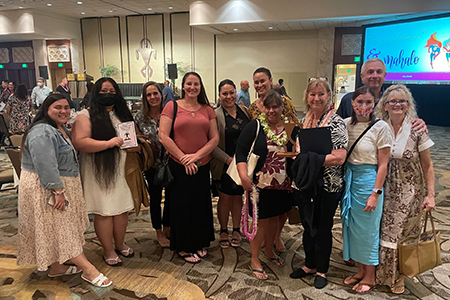 The PCC Retail Team holding their award at the Ho’okela Awards.

The Polynesian Cultural Center’s Retail Team was nominated for “Retail Team of the Year Inclusive of Management and Non-Management”. Read their nomination letter to learn why the department was chosen for this special award:

“Behind the scenes at the Polynesian Cultural Center (PCC), a team of retail professionals works to promote the success and fulfill the mission of the organization. The above and beyond actions of retail team members during the state-wide pandemic shutdown are noteworthy. They helped keep the PCC alive when all other revenue streams faltered.

Before the global Covid-19 catastrophe, the retail department numbered over 100 diverse employees. Its members included residents from communities around the PCC and BYU–Hawaii students. The young people who study at BYU–Hawaii come from all over the world.

When the Covid-19 stay-at-home order was issued in late March of 2020, the PCC retail division furloughed most of its employees. Only 12 remained. Later PCC management reduced the number to six. Despite this major setback, the diminished but not demoralized team dedicated itself to sustaining retail activity.

The team’s focus pivoted from onsite retail to soliciting and fulfilling online orders. It added products to its online platform, pulled orders and shipped them out. These activities required skills that were new and unfamiliar. Without hesitation, each task was tackled, learned and mastered.

During the worst of the pandemic, the retail team worked from inside the PCC warehouse. Besides running the online store and fulfilling orders, team members learned to generate purchase orders. They continued to add products to the ecommerce platform and complete other tasks that were normally performed by other specialized teams. That didn’t matter. Survival was the goal and whatever needed doing they did. At the time the team didn’t know it, but it was laying the foundations for future success.

Despite all the unforeseen difficulties, the pandemic presented silver lining opportunities. The retail team tuned-up and revamped all the retail sites within the PCC. Team members deep cleaned and refurbished merchandise selling areas. They repaired or replaced old furniture and fixtures. Sections were reset and remerchandised. New paint refreshed, brightened and renewed the shops. All these small (and not so small) tasks added up to create significant improvements.

PCC management asked the team to take on even more diversified tasks. Team members assumed security duties. Each one patrolled and secured specific areas according to established protocol. They also conducted the annual inventory without the help of an outsourced company.

Good news arrived in January of 2021– the PCC would reopen. The retail team stepped up its already demanding schedule to prepare for the return of guests. Furloughed employees were invited back. A few student employees and volunteers who had remained on-island returned. But a new, unanticipated problem reared its ugly head.

Not everyone wanted to return to work. Employment applications were slow in coming. BYU–Hawaii was still holding classes online and students had yet to return. Fortunately, PCC volunteers were available to help ease the labor shortages.

But challenges remained. Those willing to travel to Hawaiʻi were few. The PCC’s retail shops relied on locals (kamaʻaina) and on the trickle of visitors who came to the islands as travel restrictions eased. Because of staffing shortages, some retail sites remained closed. And if all was not enough, the PCC moved from a six-day to a five-day schedule. That reduced by 17% the available sales days.

Pent-up demand for travel motivated tourists to arrive in increasing numbers. They came and they spent more than before. Students returned and began in-person classes at BYU–Hawaii. Now there were more young adult students eager to work. Staffing improved. Sales increased then surpassed pre-pandemic levels. And, they’re still growing, due in large part to the pandemic-era work the retail team performed.

The PCC Retail Team distinguished itself through its exemplary and extraordinary service during trying times. The team overcame difficult problems and surmounted daunting obstacles. It innovated and found new ways to carry on the PCC mission. In every way the team members exceeded accepted professional standards. The service rendered by the PCC Retail Team has left a lasting mark and will long be remembered.”

We are so proud of our Retail Team for receiving the award! Congrats!! 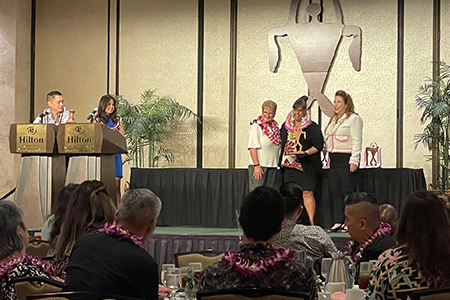 Retail manager, Jamie Kelley, accepts the award on behalf of the retail team.

Article #3:  Winners of the Spirit of Aloha Award 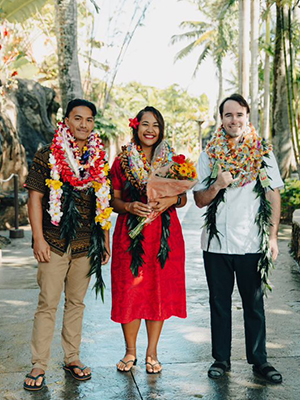 From left to right, Paionia Niupalau, Melissa Tomu, and Landon Hullinger are the winners of the Aloha Spirit Award.

The Spirit of Aloha is the most prestigious award one of our student employees can receive. It is named after Barbara C. Velasco who was known by all who knew her as “Mrs. Aloha.” To honor Barbara Velasco’s legacy, Keith and Carol Jenkins (Former Senior Missionaries) created this award to reward our hard-working student employees here at the Polynesian Cultural Center.

The Barbara C. Velasco Spirit of Aloha Award was given yesterday, November 17th, during the monthly Manager’s meeting. We had 8 student employees who were nominated, and then the President’s Council voted to determine the top 3 winners.

The names of those that were nominated are as follows:

All these nominees are employees that have impacted their departments and coworkers by being champions of each of the PCC’s Cultural Beliefs. After the votes were given, the winners were determined and announced yesterday.

Here are the winners. If you see them around, please congratulate them and thank them for all their hard work and service. 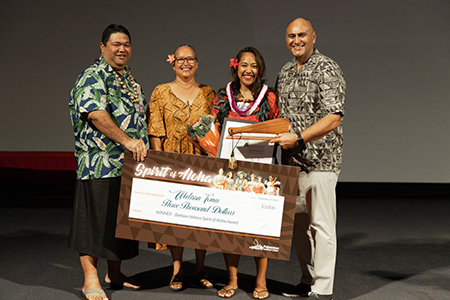 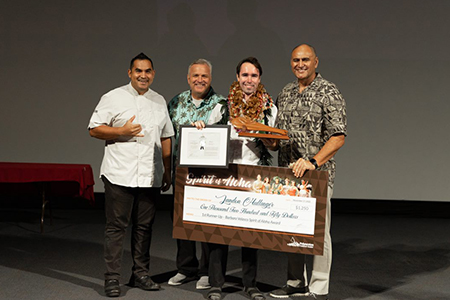 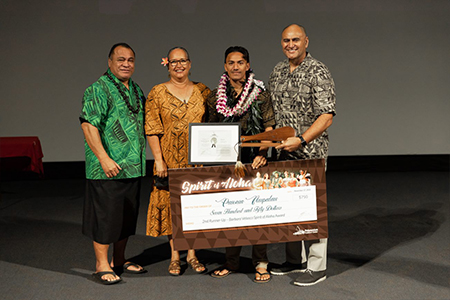