Article 1: “Working with the Students is the Best Part”: Elder and Sister Goodwin 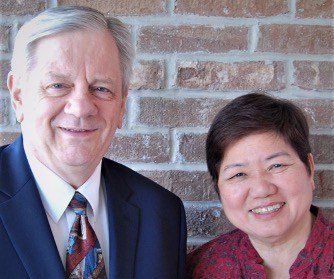 Elder and Sister Goodwin have been married for four years and have completed their second mission together. They had recently returned from serving at the Taiwan temple and were looking for their next mission. They found two possibilities, a listing for a Quality Control specialist at the Polynesian Cultural Center which “sounded interesting” and temple workers in the Sapporo Japan mission. They decided to call both mission presidents and the one who called back would be where they would serve. The Polynesian Cultural Center called back and said “come.” They arrived in Laie on May 10, 2021 while the COVID closures were still affecting travel and guest policies at the PCC. The first 1/3 of their mission was spent waiting to be trained. COVID and sickness affected the ability of their trainers to come to Hawaii to teach them about quality control and what they needed to do to be successful in their assignment. While waiting, they set up their office and searched the existing files to become familiar with what had been done in prior years and became familiar with the term “Strategic Development and Research.”

The Goodwin’s have been working under the supervision of Alan Walker and were able to receive training from Dale Nebeker and Chris King who had been PCC missionaries in the past and retain an interest in the development and success of the Polynesian Cultural Center.

The first thing the Goodwin’s learned was that decisions are made based on data and part of their job was to analyze survey data to determine if guests had a good experience when visiting the PCC and where improvement could be made. Sister Hsu Goodwin’s first task was to click on every customer satisfaction comment on the PCC website. Together, the Goodwin’s did “undercover” work and pretended to be visitors to the Polynesian Cultural Center. While still new missionaries, they were able to gather valuable information because people didn’t recognize them and as new visitors, they didn’t know what to expect. From those experiences, they wrote detailed reports about their visit. Once they became recognized, they were no longer able to work undercover. At times they followed families, people in wheelchairs, nursing moms, and families with young children to evaluate, anticipate, and report problems.

According to Elder Goodwin, working with the students has been the best part of their mission. They were assigned to a young married student ward where most of the students didn’t have children. They often invited students to their home for Sunday Dinners as a way to get to know them better.

The students have become like family. They have taken the students to lunch and dinner and on special outings to discuss a variety of topics and give them tips on managing finances, marriage and job hunting.

Elder Goodwin was able to become the choir director in his ward. The ward hadn’t had a choir before and was excited to begin. Turns out Elder Goodwin plays the French horn and trumpet. He played a synthesizer in the BYU-Provo jazz ensemble as a student.

Sister Goodwin has a green thumb and volunteers in the Pounders Restaurant garden. She leaves home three times a week at 5:30 am to water the plants.

The Goodwin’s have enjoyed getting to know the other senior missionaries and the people who work at the Center. They honor the purpose of the PCC, to protect the sanctity of the temple and help students gain the skills necessary to become leaders in their home country. “This is a sacred place. My personal motto is to leave better than found and do more than expected.” They are going home for now to reconnect with their children. Elder Goodwin is going to take a “very long nap.” 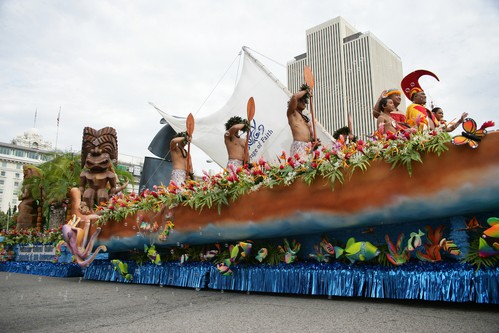 The Polynesian Cultural Center has participated in past parades

We have exciting news!

The Polynesian Cultural Center is proud to announce that we will be participating in the King Kamehameha Celebration Floral Parade! Look for us towards the front of the parade.

Admission to the event is FREE. There will be live entertainment, cultural activities, dancers, food booths and more! Come show your support for the Center and celebrate King Kamehameha Day at this special annual event!

Tip of the Week:

If you use compressed gas cylinders in your work, make sure you secure them to prevent them from tipping over. 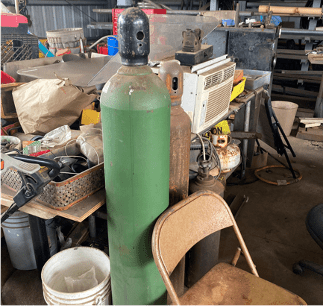