Farewell to Elder and Sister Bearry 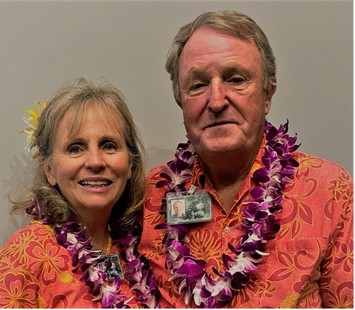 Elder and Sister Bearry already knew how much they were going to love their mission at the Polynesian Cultural Center. Experience at a previous mission taught them that they would love the people, the other missionaries and where they were assigned to serve.

However, interacting with people when scanning tickets for those attending the luau or buffet has given the Bearry’s a view of the general public they hadn’t expected. They have had a chance to talk to many people generally, “I have been impressed with how friendly they are. All it takes is a smile and a question and they perk up and all of a sudden you start seeing the goodness in people. I’m impressed with how inherently good they are. I just didn’t expect that people themselves would be so inherently pleasant and nice. It doesn’t matter what shape or what color they are. It just doesn’t matter. I’ve been exposed to so many different ethnic groups, so many different people, young and old who have been incredibly gracious and good.” The Polynesian Cultural Center is a special place that brings out the best in people. The Bearry’s were scheduled to start their mission a year before they actually came. They arrived when the Center was reopening after having been shut down for a year and the flood of March 2021 had covered everything with mud.

Elder Bearry is a retired electrical contractor and serves as an electrician at the PCC. He was initially just catching up and replacing or repairing anything electrical. At Christmas time he was the “lights guy”. But most of the time he does repairs that are called “on work orders”. However, there are two projects close to Elder Bearry’s heart. One project focuses on energy conservation practices that save the Center money. The electricians are replacing old lights with more efficient, better lights that won’t need to be replaced for the next five to ten years.

Elder Bearry never saw himself as a teacher but after serving four or five months he realized that the people he’s working with may not have had any formal electrical training. They had hands-on experience but didn’t understand why they were doing what they were doing. So, he started a class in the shop for the purpose of talking about and evaluating work experiences to learn about the National Electric Code. He ordered some manuals and things took off from there. First thing every morning the team talks about the jobs for the day and the actual theory behind what they’re working on. They practice problem solving and discussing what Elder Bearry calls “scenarios” based on jobs they’ve done. At least two people will finish the course, take the test and receive a certificate of completion.

Sister Cathy Bearry worked in Tutu’s Sweet Shop. Her job was to make fudge. Sister Bearry found herself making more fudge than she could have ever imagined.

Sister Bearry has developed some important relationships with the young students who work in the Sweet Shop and has been a sort of “grandma” to them. She also enjoys working with the public. She says, “It’s so fun because they will often ask, ‘Why do you volunteer here?’ And then I’m able to say, ‘Well, I’m here because I’m serving a mission for my church and I’m doing service to help these young ladies get their education and go back and strengthen their families in their country’”. People often complain about buying a $3.00 cookie. “I just say, I agree that’s a lot. But I hope you know that you’re helping support students who are attending the university next door. People appreciate knowing there is a reason the prices may be a little higher. You’re supporting a cause, not just getting a piece of candy.”

Auburn California is home to the Bearry’s. They were high school sweethearts who married right after graduation and have been married for 54 years. While waiting for travel dates to start their mission, they lived in a small camp trailer since their daughter was living in their home. They were given seven different travel dates before finally coming to Hawaii in April 2021. They’ll be getting home just in time to go back to their job of managing a girl’s camp in the Sierra Mountains close to Truckee, Nevada.

Article #2:  Celebrate the spirit of diversity here at the Polynesian Cultural Center 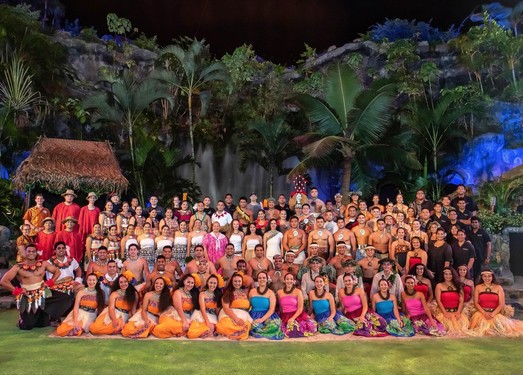 In this week’s blog, Kaiwen Chen shares his thoughts regarding the spirit of diversity, which unites the many student employees at the Polynesian Cultural Center as they share a special level of Aloha with guests and each other. Read the full blog here! 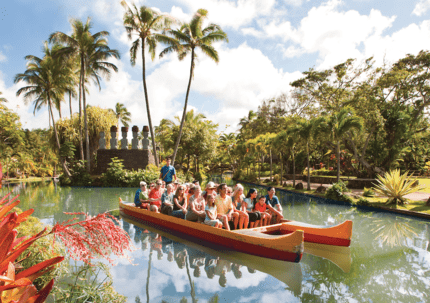 Since re-opening the Polynesian Cultural Center, the Guest Services Department has expanded its functions to include Protocol, Onsite Coordination for group sales, community events, and being the liaison to BYU-Hawaii Security. These new responsibilities help us efficiently serve our guests and the Center’s Ohana at large.

With these increased responsibilities, it is our pleasure to announce that Jimmy Mapu has been promoted to Director. It is a proven fact that Jimmy is a very competent leader, as demonstrated by the consistently high results our Guest Services Dept. achieves monthly. He will continue to serve as the self-appointed “Governor of PCC” – his favorite title!

Furthermore, the Guest Services Department is being split in two, according to function — the Guided Tours Section and the Logistics and Support Section — each led by their own managers.

We are pleased to announce that Ronald Fiaui is being promoted to Manager of Guided Tours and will be responsible for all tour-related assignments and positions, currently consisting of over 150 student employees. Ron is a longtime employee and has worked all over in many different roles, including Food & Beverage, Sales, Reservations, and Security. For the past 7 years, Ron was the Supervisor of Ambassador Tours and also the Assistant Manager.

Assisting him will be two supervisors — Robert Tu’ufuli, who will continue to lead the Canoe Tours. With him at the helm, the Canoe Tour Excellence Ratings have seen consistent and steady growth, and he is continuing to try out new strategies in getting them even higher.

As Ron’s other direct report, we’re excited to announce the recent onboarding of the new Luau Tour Supervisor: Timmy Mocodompis, who will train and lead the guided tour experience for all of our Alii Luau guests. Timmy is a recent graduate of BYU-Hawaii from Indonesia and has worked in the Guest Services Department as Supervisor of Training and Development.

As Manager of Guest Services Logistics & Support, we’re delighted to announce the promotion of veteran PCC leader Lance Aina. Lance has been with the Center for over 25 years and has given countless hours of commitment and service. He will continue as the On-Site Coordinator for Events, oversee Laie Tour operations, and be the liaison for Security. He also manages the Welcome Center and entry points for guests’ ticket scanning, bag checks, and wristbands in addition to overseeing the iWork Student Support Office, Rentals, and Lost & Found. The Customer Service kiosk, Guest Services Office, and all back-of-house operations for the department will fall under Lance and his team’s purview. He will be assisted by Lisa Agafili Neiufi, who was recently promoted to supervisor. She will supervise all office operations and train all support staff in their duties.

Please join us in congratulating all these wonderful leaders who strive to make a difference in the Polynesian Cultural Center’s mission! 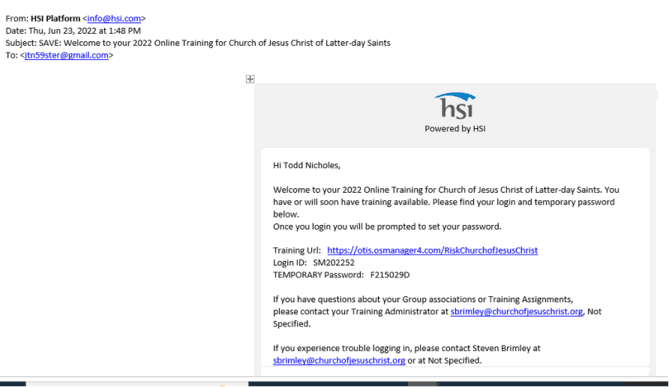 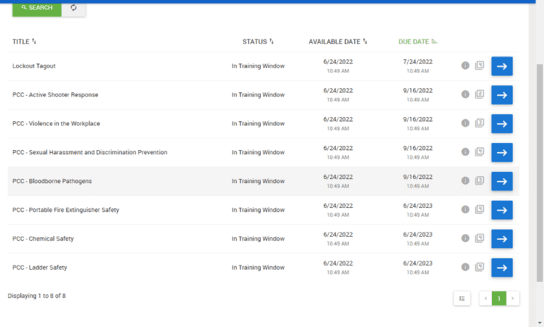 There will be a test at the end of each lesson in which you must pass with an 80% or better score. In addition, these classes will need to be completed on a recurring basis. Some at one-year, others as much as every three years. We are asking that you get to work on completing the classes as quickly as you are able to. The classes are designed to help you work safely and not be injured while here at work.