The Power of Aloha!

The Power of Aloha! 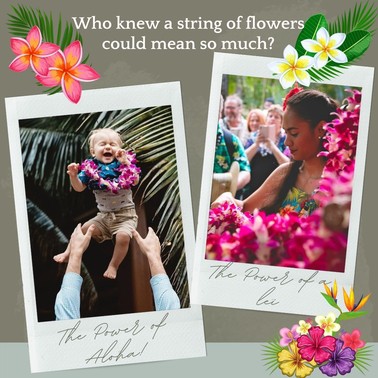 Usually, we try to be the problem-solvers. We try to fix it. We try to save the day.

But tonight, a pleasantly unusual twist in roles, taught me a great lesson.

I was standing outside the PCC’s Pacific Theater just before the evening show, HA: Breath of Life was about to begin. It’s so nice to have people here at the Center again! They truly bring this place to life and we have missed them during the pandemic. Even though we’re currently limited to around 20% of our normal capacity, there’s still wonderful energy in the air, and I could feel that people were excited to be there and for the show to begin.

Jordaan from New Zealand was with me, and we were helping direct guests to where they needed to go before the show started. I noticed a little family with three small children coming toward us, and I prepare to answer one of the normal questions: Where’s the theater? How do I get in? Can I take food inside? or the most famous one: Where’s the restroom?

The mother is the first to speak. She seems a little timid but determined. Instead of one of the questions we get on repeat, she starts to explain how it’s her young daughter’s birthday, and more than anything, she really wants a fresh flower lei. As she continues her request, I began running through the situation in my mind:

We don’t have any fresh flowers leis left because it’s the end of the day and the show’s about to start … Can I offer something else? No. She wants a flower lei. Can I make it to a nearby store to buy one and bring it back? Nope. Too far and not enough time. I decide that there really aren’t any options left, and I began to prepare to have to be the bearer of bad, sad, kid-birthday ruining news … Ugh. All people are going to see is this big Samoan man, looming over this tiny little girl, who’s going to burst into tears, on her birthday! Sigh …

Just as my mouth begins to formulate the word “sorry”, seemingly out of nowhere, a woman steps between me and the mother and the birthday girl. Surprised, I take a half-step back to figure out what’s going on. This woman — by the way she was dressed, looked like just another guest in the crowd — took off the flower lei she had on, and said, “Happy Birthday! I want you to have this.” While she reached out to put her lei on the birthday girl, she giggled and said, “I just arrived on the island and I’ve tested negative for COVID so don’t worry — it’s safe.”

The smile on the little girl’s face was priceless. But even more, touching to me was the expression on the face of her Mom. She was so moved and deeply touched. She looked like someone who had been trying hard to get something done and finally, FINALLY did it. They both thanked this stranger, who they didn’t know, profusely. She said, “Of course! I’m happy to do it.” and wished her a birthday.

Then, another touch of aloha — the lei-giver’s daughter, who had behind her mommy watching this unfold, stepped forward and gave the birthday girl a “fish” she had woven earlier in the day out of coconut fronds. Jordaan taught her how to play with it as if she were fishing at the beach. The smile on her face nearly lit up the night sky outside the theater.

After more “thank you’s” and “you’re welcome’s” and “happy birthday’s”, the two parties went their separate ways. It was a simple exchange between two families, who had never met before, and it took all of about a minute … but I was deeply moved by it.

Someone wanted to feel the aloha spirit on her birthday by wearing a tangible symbol of aloha in the form of a lei. Her mother, feeling aloha for her daughter, went in search of the fulfillment of her birthday wish. Another mother saw what was happening and offered a gesture of aloha. Her own daughter, in turn, saw this act of aloha and wanted to share it too.

Aloha was sought after.

More than any training, more than any book, this was the perfect lesson on the meaning of true Aloha. And I was just a mere observer.

I’m grateful to work at a place that exudes the Aloha Spirit and cultivates in people — even total strangers — the desire to share it with others. I’m also grateful for mothers, who seem to always have so much Aloha to share at the drop of a hat. Like these beautiful people taught me through their actions, I hope to be able to share aloha — even far from home, surrounded by strangers.