The right employee in the right place with the right tools

The right employee in the right place with the right tools 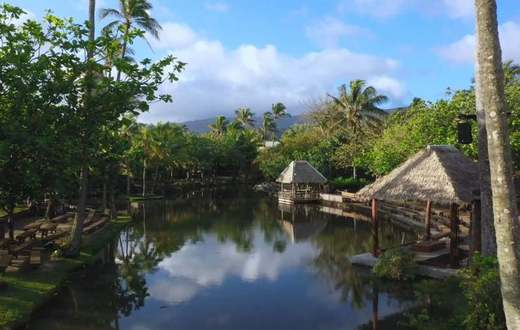 So much work, but the rewards are stunning

Once travel to Hawaiʻi became difficult due to travel quarantines, the arrivals to Hawaiʻi dried up, and PCC had to make a tough call of closing the Center. Soon after closing, the even more difficult decisions of a reduction of force either temporarily through furloughs, or permanently through voluntary terminations or involuntary terminations, caused the Center to lose a huge amount of qualified, capable employees. The grounds crew was not protected by these needs to reduce.

Instead of utilizing professional grounds staff, the Center relied on staff more accustomed to other forms of work. Some of those employees have flourished with these new responsibilities and in many ways, some areas seemed as beautiful as ever, especially when and if the proper tools were available. But more common than not, the flourishing was more on the side of the weeds, grass, and bunches of coconuts perched precariously above walk paths. Grass got longer and longer. Weeds took over and became the more common plant in hedges. The official tree of the Center seemed to be the invasive octopus tree; the official plant was a toss–up between the umbrella weed or the common vine.

As things got more out of control and as we were getting closer to opening with a longer and longer task list, we were able to start bringing back our grounds crew. Itʻs literally the definition of awesome to watch these workers get at it. They are fast. They are safe. They are efficient. They utilize their tools in ways not understood. There are a lot of lessons to learn as we bring this crew back. 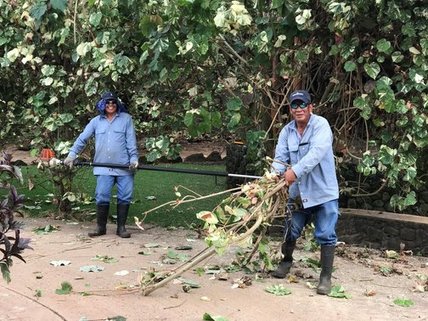 When you get a chance, sit back and watch Domin, Prudencio, Sipu, Robert, and those others soon on the way back perform their craft. These craftsmen are truly inspiring to me. Although I have so much aloha for those who have made the Center beautiful as they picked up a line trimmer and went at it, cut at hedges in a losing battle against the vines, pushed and pushed at a lawnmower whose blades are probably as sharp as a block of wood, Iʻm very grateful that weʻve been able to bring this crew back. Please give your aloha to those who have recently returned to work with a full commitment to be here, as well as all who have been working through the closure this entire time.