Read about our Director of Marketing, the beautiful mural on display at the HMP; and learn about ergonomic stress in our Safety 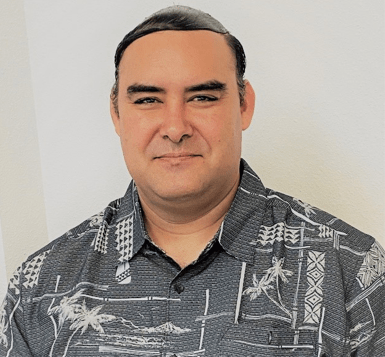 Seth Casey, senior director of Marketing and Digital Commerce, describes himself as quiet, reserved, and ambitious.

Seth was born and raised in Hawaii and is the shortest of eight siblings. At 6 feet 4 inches tall, he was recruited and received a basketball scholarship to attend a small private school, Maryknoll Catholic High School, in Honolulu. Following graduation, he attended BYU Provo and received a BA in Marketing and Communications and a minor in Japanese. The Japanese minor was an easy choice since he had served an LDS mission in Japan. His Japanese was so good that he worked as a Teaching Assistant for a Japanese class while still a university student. During breaks, Seth would fly home to Hawaii and work as a Japanese tour guide at the Polynesian Cultural Center. The money earned basically paid for his trips home. The summer before his senior year at BYU, Seth needed intern experience for his marketing major. BYUH didn’t have any opportunities but V.P. Napua Baker referred Seth to her son-in-law at the PCC Raymond (Ray) Magalei who was over Marketing at the time. Ray hired him to work for the summer without pay. After completing the number of guest surveys expected for the month in just one week, Ray started using Seth as a job shadow. Seth accompanied Ray as he met and worked with advertisers, media buyers, film crews, and others. He was shadowing experts in their fields and learning more than he could imagine. After two weeks of working for free, Seth became a full-time employee. During that summer experience, the Center was preparing for its 40th anniversary. One special event Seth planned was to honor the 30 millionth guest. However, BYU Provo started back again before the planned October celebration. Ray called Seth and asked if his university professors would allow him to come back to the Center for a week during the anniversary celebration. Seth flew back to Hawaii and acted as an escort for the couple identified as the 30 millionth guest. It was after this experience that  Seth realized that he really liked marketing.

After graduation, Seth returned to the PCC and made the pitch to Ray that Marketing really needed more help. Marketing has gone from a staff of 3 to 25 people. During the 10 years that Seth worked closely with Ray, he learned so much. As the director, Seth learned from Ray that we listen to everyone and expect everyone to speak up. Everyone thrives in a positive environment.

Seth is married to Amy Casey and they have 5 children. Two daughters and three sons.

“Abundant Life” mural highlights our path towards fulfillment and joy 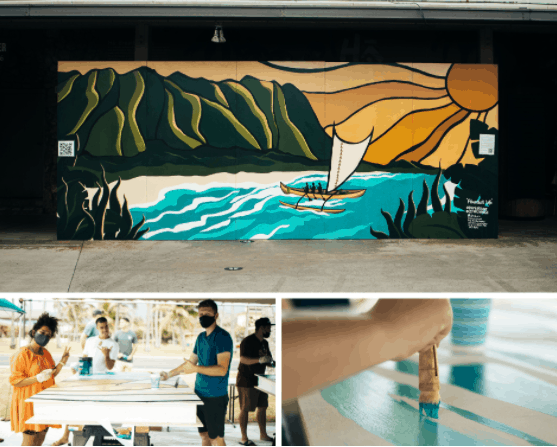 This deeply inspiring mural will be on display for the next two weeks in front of the Pacific Theater at the Hukilau Marketplace. Named the “Abundant Life”, this artwork was designed by Sam Mangakahia with the help of Zully Davila, Steven Crowell, and a surprising amount of ‘helpers’, as you will see later on in this article.

The artists believe that abundant life is a way of living rather than a destination. They wanted to design a piece that honors the ability to have faith in greater things both now and in days to come. Utilizing Polynesian images, the piece focuses on three figures, which is a symbolic representation of ourselves, our ancestors, and our future generations. The water symbolizes our own individual journey, the mountains represent our goals and obstacles, and the Sun depicts Christ, who illuminates the true path toward meaningful happiness.

The unique thing about this mural is that many participants from the North West America Young Adult Conference held at BYU-Hawai`i were involved in painting and presenting this piece. There was a total of 4 panels and each panel was split up, numbered, and painted separately. Different groups then worked on different sections, and when each individual panel was done and dried, they were put together to complete the mural. The organization of this tricky feat was made possible under the direction of Zully Davila.

One thing worthy of mention is that the “structural insulated panels” were donated by Paul Staples, the CEO of iHELPP, an organization dedicated to helping rebuild disaster-stricken areas in the Philippines.

The artists hope that this mural will inspire the viewers to contemplate what “The Abundant Life” means to them. 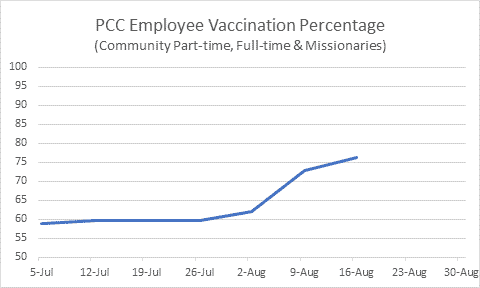 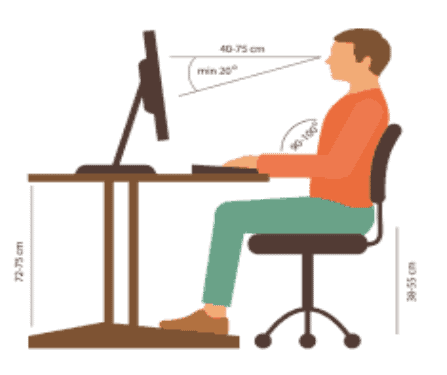 Ergonomic stress can cause long-lasting and acute injuries. Employees should be aware of ergonomics risk factors in the workplace in order to avoid them. Repetitive tasks, overexertion, and sustained awkward postures can lead to lifetime injury or pain. Workers should regularly stretch, exercise, and do strength training to avoid ergonomically induced injuries.

Work-related stress, fatigue, depression, and anxiety also account for a large percentage of workplace health issues. Uneven workload patterns, toxic cultures, infrequent breaks, and many other factors can contribute to stress and discomfort. To reduce work-related stress, try to: