A quick history of P. Alfred Grace from an article written in 2009

A quick history of P. Alfred Grace from an article written in 2009

It’s Monday, which is usually President’s Grace day for submitting an update. Today he is completely tied up with the many duties of serving as the President and CEO of the Polynesian Cultural Center so we’re giving him a ‘hall pass’ for the week. Instead, I thought it would be a great opportunity to learn a little more about our administrative leader.

I found a gem of an article written by Mike Foley back in 2009, just following his promotion to Chief Operating Officer of the Center. It’s full of fun and surprises. Hoping you enjoy it as much as I did. 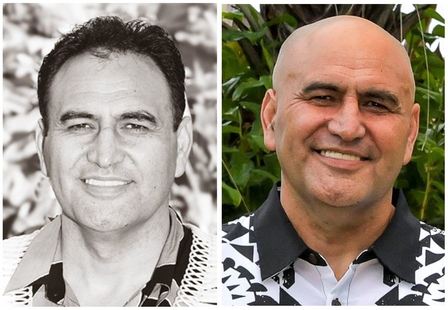 I first met Al when he had recently returned from serving a Latter-day Saint mission in his native New Zealand (actually he’s from that thriving blink-stop town of Turangi on the North Island) and was working as a sales guide in the Polynesian Cultural Center Reservations Department — along with fellow Kiwi and Turangi mate Varen Berryman, as well as Francis Ho Ching. It is with great pleasure that I congratulate my young friend and former colleague, Puataata (if you ever wondered what the P. stands for) Alfred Grace, who was recently named as the first-ever Chief Operating Officer (COO) of the Polynesian Cultural Center. I can honestly say I knew Al back when.

They were terrific sales people, and I think that Kiwi accent helped Al and Varen close more than a few VIP sales. For his part, Al has always been quick to recognize the late Fia Moea’i (Mau) Sataraka, PCC’s long-time Reservations manager who helped train those young men, and many others…but I’m getting ahead of myself.

As I recall the story……in typical New Zealand fashion Al had been living with his sister’s family and apprenticing as a marine engineer in Wellington Harbor when he decided to accept a scholarship to play rugby for BYU-Hawaii…and when that sport was eventually discontinued [some say because the Poly teams in the league couldn’t play nice together] he had to get an honest job.

After serving as a Mormon missionary back home and in one of his better sales pitches, Al was smart enough to marry Laie girl Val Enos (daughter of Keawe and Milly Enos, and granddaughter of “Mom” Emily Enos). She had been working and dancing at the PCC.

As I said, as a student sales guide, he was great . . . altho’ I can also still picture him in my mind that time we did a birthday bash for Bryan Bowles where Al served BB and his wife sparkling apple cider at a small table in the middle of the traffic circle at the intersection of Kulanui Street and Hale La’a Blvd. (that’s now a big planter).

After he graduated from BYUH, Al started working fulltime for PCC sales. I was working in marketing communications out of the same Waikiki Sales Office, which is where we really got to know each other: We commuted together a lot and went through a lot of planning and campaigns together over the years. We even went on some unforgettable sales and promotional trips together:

Al was a great salesman then, and I enjoyed working with him and the others. At a certain point he briefly went to work for Pleasant Hawaiian Holidays, but that just made the PCC realize how valuable he was, and President Moore soon talked him into coming back. I hope in his latest and newest responsibilities more people will get the opportunity to work with him.

On another note, although I’ve only been around the PCC and working there off-and-on since 1967, it’s always gratifying for me to see one of the former student employees climb through the full-time ranks into upper management. Who knows, Al may yet be the first former student employee to be named president of the Polynesian Cultural Center someday.

Until then, congratulations, Al, on your latest accomplishment!

[Follow-up note: In December 2012 it was announced that Al Grace would succeed Von D. Orgill as the next president and chief executive officer (CEO) of the Polynesian Cultural Center — the first former PCC student-employee to be named to that position.]

— Story and photo by Mike Foley