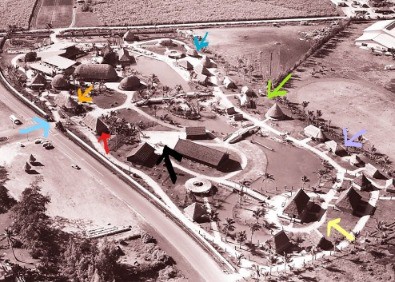 A few corrections are necessary to the answers for our 1963 PCC Trivia Quiz. Turns out that two ‘facts’ were definitely incorrect. Here are the real facts, straight from Mike Foley, PCC’s Historian – who has researched such things thoroughly (and is now my “go-to” man for all things historical).

Mahalo to Raymond Mokiao for challenging me to dig a little deeper. Real friends help you to ‘get the facts’, and I greatly appreciate your assistance.