Last Thursday I had the rich opportunity to sit down with Carolyn Purcell, who has worked for the Polynesian Cultural Center for an amazing 48 years. The day after this interview, she danced her last night for our evening show, HA: Breath of Life. We wanted to capture her memories for the Center’s historical record. For an hour and a half, we laughed, we cried, and we let her story unfold, experience by experience.

How do you highlight a lifetime of service, rich experiences, and the heart of a woman of faith in 500 words or less? It can’t be done! It wasn’t done! But we still whittled it down as much as we could without losing the spirit and consistency of her PCC experiences. Still, every word cut is a moment lost. Time permitting, we will translate the entire interview and post the full transcript for all to enjoy.

Carolyn Momilani Kawelo had a very typical Hawaiian childhood. She was the 2nd of 10 children. She helped her family, went to school, played in the field, and attended hula classes. In her family, it was a must. “I was more of a tomboy”, she said. “But I was taught to never question my elders. So I went anyway.”

“I was 11 years old when I was baptized at the Honolulu Stake Center, the Tabernacle. We don’t have it anymore, but there used to be an outdoor fount. It was in the back, right behind the chapel. That fount was so unbelievably beautiful. There were a lot of lily pads on the side, and I always loved [it].

I remember that it was a sunny day - so bright. As I walked into the fount and as I got up again, all I remember is bright lights, my family right around watching and I just cried. I could feel the change in me [the moment] that I heard the words that my uncle had spoken at the baptism. When I got up, I made a promise to Heavenly Father, that from this day on I was going to try and be a great example as a member of this Church, and to live the way [He] would want me to live. That was my promise to Him, and I think that I’ve done a good job up to now.

Carolyn began attending Church College in 1973. She decided to find a job at the Polynesian Cultural Center in 1974. Of course, she started her search in the Hawaii village but was not overly concerned when she didn’t get the job. But a chance meeting with Papa Mapuhi, who served as the chief of the Tahiti village started her on her 48-year career at the Center.

At first, her sister worked in the Hawaii village, but after a while, she began to dance for the evening show. Many times, Carolyn would go with her sister to dance practice. She would sit in the corner and do her homework. After she finished, she found herself watching the routines.

One night, the instructor invited her to join the class.

“I don’t like dancing. I’m not a dancer. I’m more athletic,” she replied.

But then she remembered her upbringing was to respect one’s elders, so she accepted the invitation.

Soon she was performing in the Tahiti section in the “Invitation to Paradise” evening show. With her skills and natural ability, she soon also took performing in the Hawaii, Aotearoa, and finally Samoa sections. 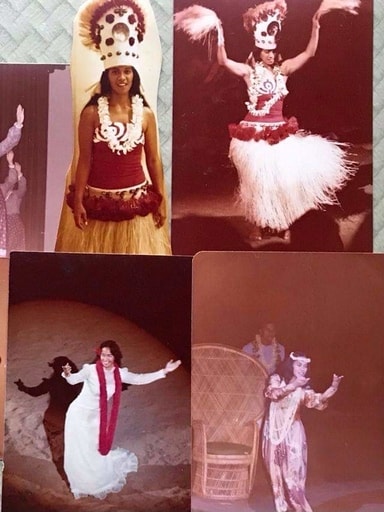 Carolyn as a star dancer for PCC in her younger years

We danced outside in the old theater [right] in the open. I danced for the longest time in drench rain where your clothes get soaked and you’re still dancing. Those Tahitian skirts, when you’re dancing in the rain like that, get heavy - all soaked with water. But you’ve got to move those skirts. Everybody’s muscles hurt. And your legs sink into the sand itself because of the water.

We had ownership of our costumes. That was good because it made you take care of it. If you dance for Hawaii, you made your own ti leaf skirt.

For Tahiti, you make sure and pick up all the tassels that fall, and you sew it up to make your skirt look really nice and full. That’s ownership. And if you wonder why some skirts look better than others, it’s because some people didn’t care about how they looked. Others did care, and they would say “you don’t pick up yours? We’ll pick up yours and use them in our skirts.

For Maori, you had to learn how to sew the bodice and headband. They gave you the yarn and they had a design (pattern) for you to follow, and you sewed it.

I thought that was a really good thing to learn. 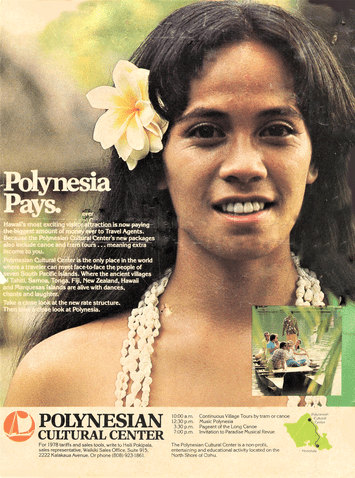 Of course, we’ve had prophets come. One of my favorites was Spencer W. Kimball. Just to meet him and see his face and the light that shone around him. It helped me to say “he is a man called of God.” Here is this fragile-looking man who has this spunk and humor, and at the same time a very spiritual man. And then he touches you with that spirituality and helps your testimony to grow.

The day after this interview was to be Carolyn’s last performance at the night show. I asked her what she thought her feelings would be as she performed.

Dancing as Tutu in the Hawaiian section last Friday night

I told my family that I had made up my mind. The Lord is telling me what I need to do. It’s time and I feel comfortable with it. But each time I go in to dance, I have tears when I go out on stage. Still, I make sure that my presentation of myself is still there, that my head is held high as I perform. You don’t see the tears, but you see the glistening of them. I remember the faces that had walked the theater stage and the leaders that have come and gone before me. I think about all of these leaders that have given themselves, their skills, to teach me what I need to know – that brings tears because they are no longer here.

Every night when I’m going on stage, I always have a prayer in my heart to ask my ancestors to continue to be with me when I perform, because I’m  doing our cultural dance. That my light in my face will light up anybody out there that’s watching. I hope that my ancestors are proud of what I am displaying here. These are my grandparents, my parents, my aunts, and my uncles who had their hands in my upbringing. I can never forget them because their testimonies are a great example to me. I always have that prayer in my heart because my ancestors mean a lot to me.

Everybody asks me why I am retiring. It’s because my youngest daughter said to me “Mom, we need to work on genealogy”. In my life, I was started and stopped and started and stopped, but I never had the time to complete some of my genealogy. This is where I have to take my skills now, to do genealogy and look for my ancestors who need the Gospel and to do the work for them.

I never forced my daughters to learn hula. I had them go to hula classes with Aunty Sunday. Later on, they said, “Mom, we don’t want to go.” It’s a different generation and I’m glad that I’m teaching them the culture that they need to know, but when it’s time to stop, I need to listen to that. Otherwise, they will not be interested in learning at all, and I don’t want them to feel that way.

I started to protest, saying “you said you didn’t want to”, and then I had to stop myself because they were young, they had other things in mind, but now they are of the age where they want to. This is where I have to say “okay, we will do it!” And so I asked them, “okay what number do you want to learn?” They tell me “any number Mom”. “Okay, then I’m going to teach you Grandpa’s favorite number, “My Yellow Ginger Lei”. So I have started teaching the two of them, and we continue to learn the verses.

I want you to know that I am a Kumu Hula (hula master teacher). I have a graduation certificate from my Kumu Hula, Richard Peters. My first teacher was in Honolulu. I danced the way she taught me. Even though I had a new hula instructor at the Center, one can always adapt. But you are already ma’a to the first school. Your body cannot change, but you can incorporate.

There are few here who have not been touched by the light of Carolyn Kawelo Purcell - from those who helped her in the early years, to those who received her skilled instructions, and even those who were simply touched by the mesmerizing dancer who graced the stage for 48 years. We will all miss her, but we can celebrate the full circle of her life, from a child being guided by a loving family; to a spitfire of a girl who took on the call to dance even though she would rather play sports; to the patience of a saint as she taught the youth of each generation to become the leaders of tomorrow. We ended our conversation with her remembering who some of those students were. President Grace was a Maori dancer, Delsa Atoa Moe, David Tiave, Ray Magalei……all worked under her tutelage, and the list goes on and on and on………. 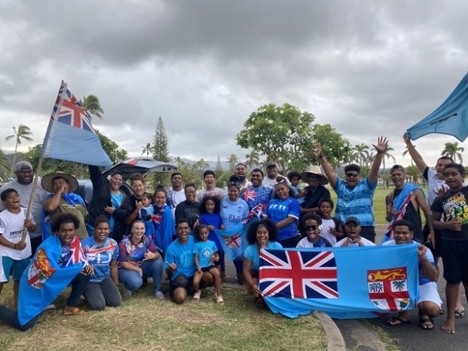 Fijian students at BYUH, Fijian employees of the Center, and community members joined in a celebration parade around the Laie community and ended at the Center’s Fiji village with a party…celebrating Fiji’s back to back Gold medal victory in the Game of rugby (7s) in the Tokyo Olympics Games. Fiji won the gold in 2016 at the Rio Brazil Games and successfully defended it at the 2021 Tokyo Olympics beating the New Zealand All Blacks 27 -12 in the finals. Despite the Covid challenges the small island nation was facing and the lack of funding, they were able to participate in this year’s Olympics. Unlike other international teams that had millions of dollars in their sports programs and were able to afford commercial airliners and 5-star accommodations during the game, Fijians stayed in the Olympic village and traveled on a cargo plane full of frozen fish to reach Tokyo… hence the celebration saluting our warriors a job well done and well deserved! 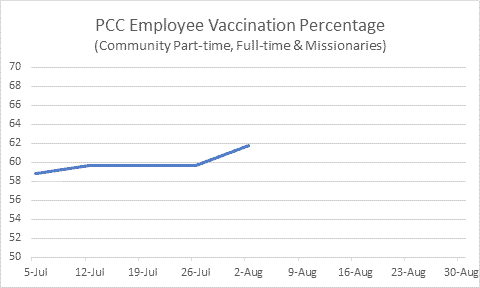 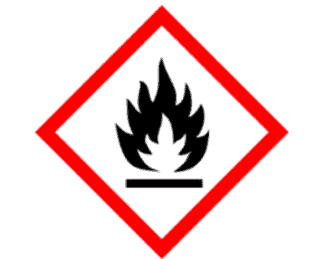