The tale of the turtle and the shark – a Samoan legend 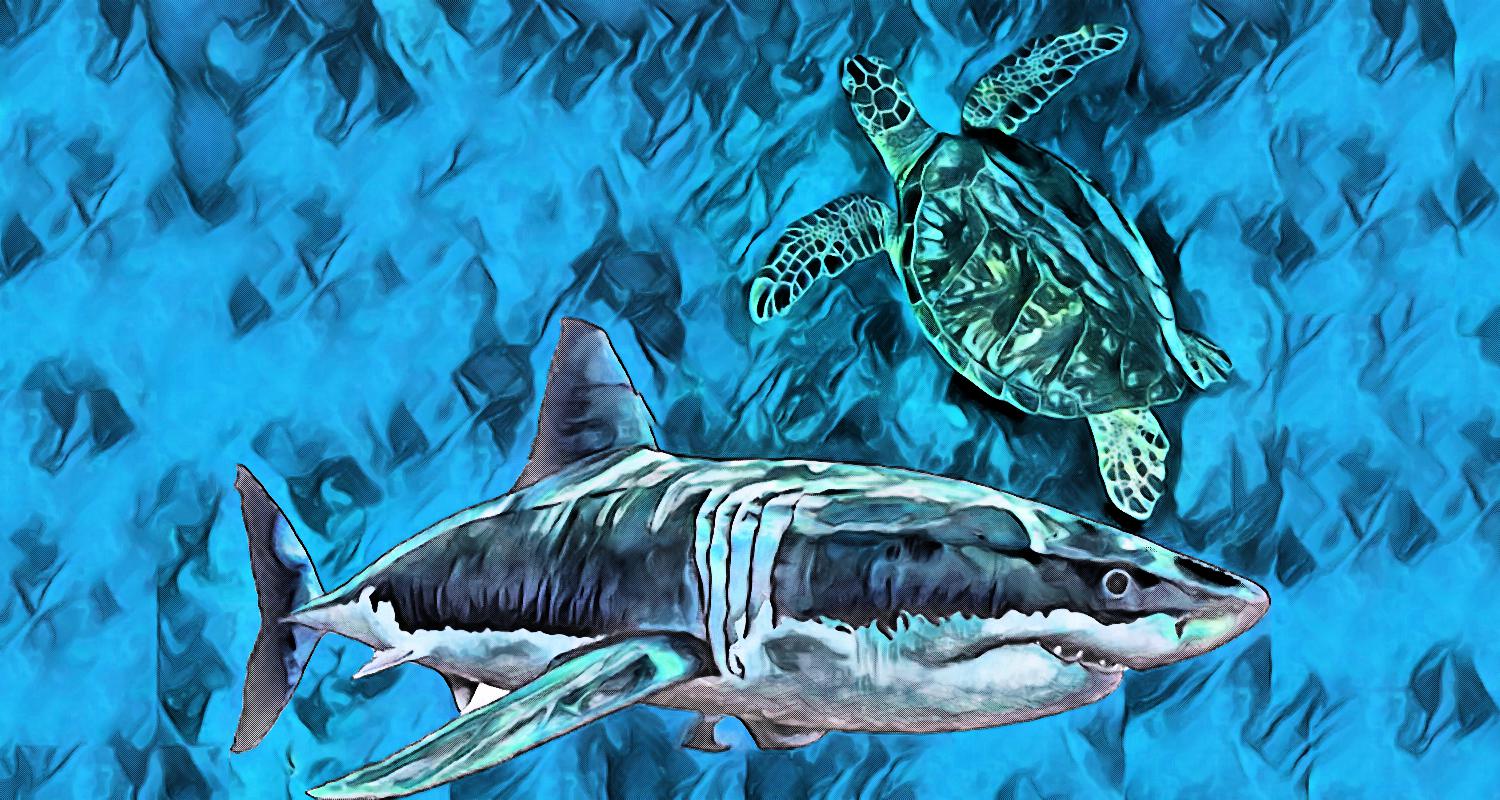 Faʻafetai (thank you) to Tipa Galeai, Manager of the Samoa Village at the Polynesian Cultural Center, for this contribution to our series on Polynesian legends.

Samoans tell the story of an old blind woman, named Fonueau, of Salega, Savaii (Western Samoa). She had one child, a dear girl named Salofa.

One year villages near her home suffered the effects of a great famine. Because of her blindness Fonueau was not able to find food. After many days of intense hunger, she and her daughter smelled the wonderful aroma of soi as it baked in the ground ovens of the village. Foneau and Salofa waited for food to be brought by villagers, but it never arrived.

The woman and her daughter were so desperate, they decided to cast their fate upon the sea. The mother took her child by the hand and together they jumped off the cliff into the surf below.

As they swam to the surface, their bodies transformed. One became a turtle and the other a shark. They swam away from the villagers who did not care for them. When they arrived in Vaitogi, a village in American Samoa, they resumed their human forms. They were welcomed with food and clothing by Chief Letuli and his people.

The two women were so appreciative of the chief’s tender care that they vowed to return to the ocean to live just beyond the cliffs, returning when called upon to dance and entertain the villagers. They left a beautiful song with the Samoans that could be used when the shark or turtle were needed. Today, when villagers gather along the shore of that legendary site and sing the sweet melody, it is said that a turtle and a shark appear.

These and many more stories, plus hands-on activities and a breath taking demonstration that includes making fire with two sticks, breaking open a coconut with a rock and young Samoan villagers climbing a very tall coconut tree in our Samoa Village – one of 6 villages available at the Polynesian Cultural Center – plus choose between 3 dining experiences and attend our award winning night show “HA: Breath of Life” To learn more, just click HERE