Iraia Bailey: Language is the essence of culture 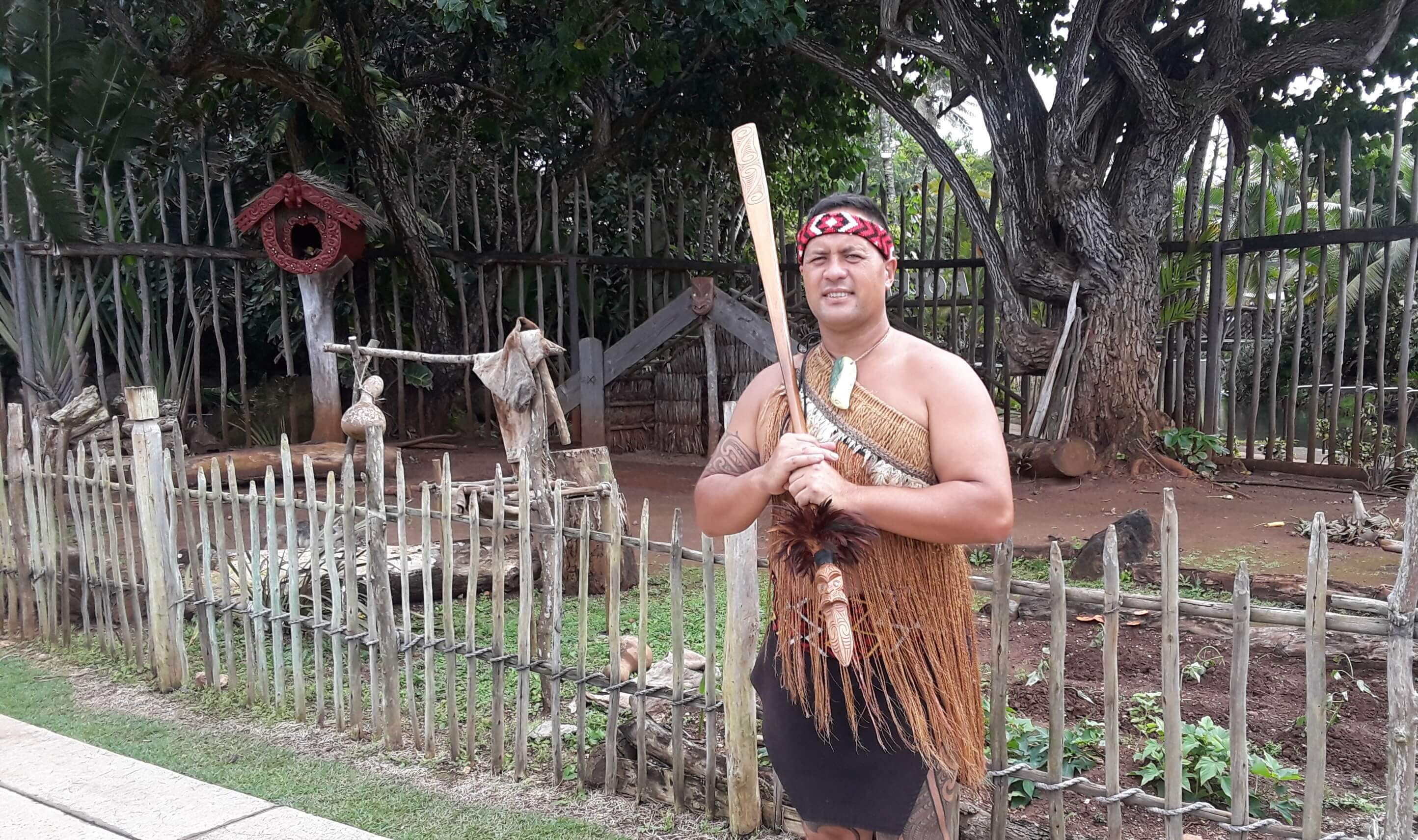 Iraia Bailey, originally from Aotearoa (New Zealand), is currently working as a cultural ambassador for the Island of Aotearoa at the Polynesian Cultural Center (Center). He conveys his love for his culture to all he meets. After many years on the journey to discovering his cultural voice, he has attended many different schools to find what he really enjoys. Find out how Iraia’s path led him to receiving a Ph.D. in Maori (the aboriginal language of Aotearoa) from the University of Waikato. By learning about his journey, we too can begin to gain an appreciation for the Maori culture. 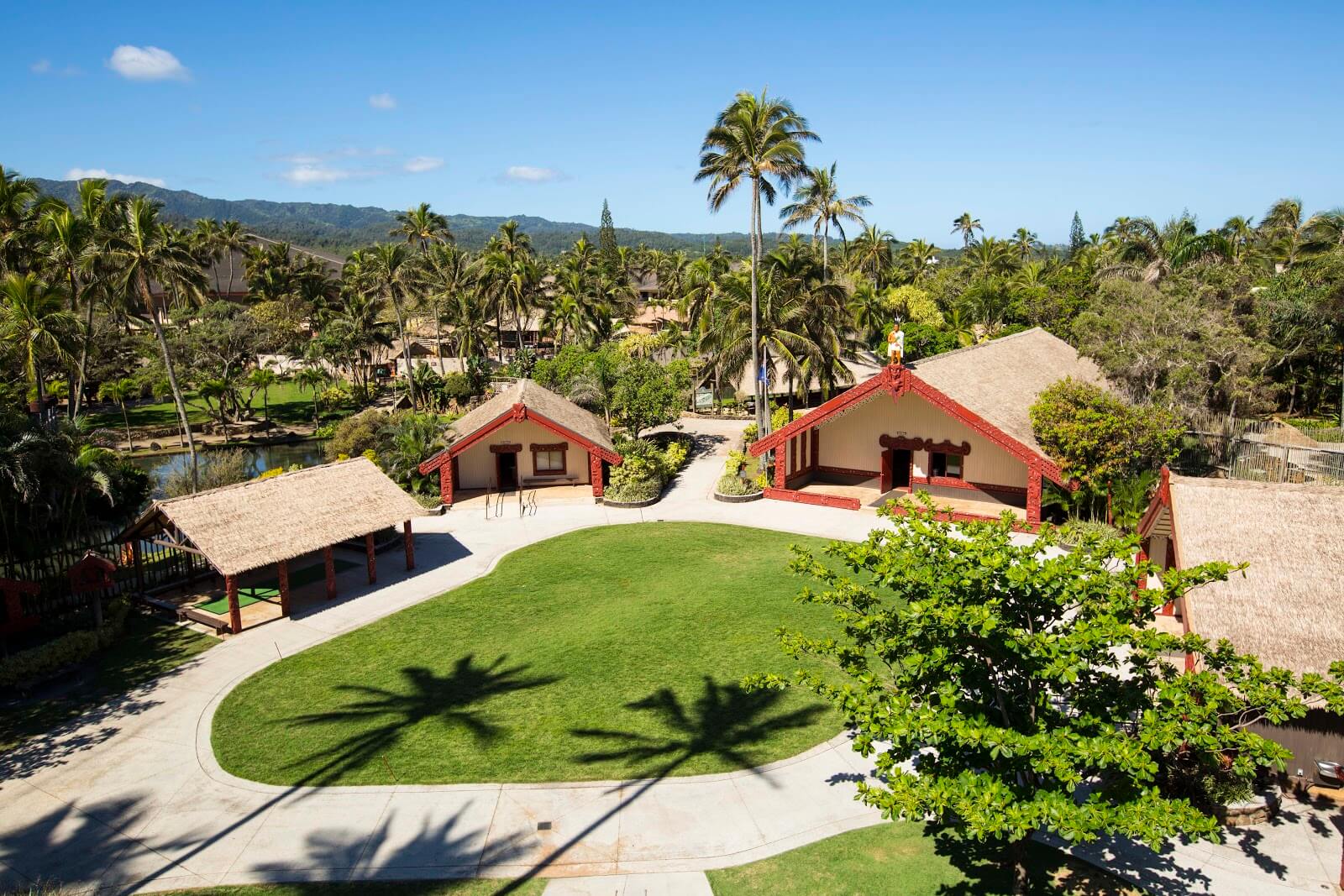 The Maori Village at the Polynesian Cultural Center

If you visit the “island” of Aotearoa at the Center, you will see a beautifully maintained marae or community complex. Within the marae are three large buildings. The largest of the three is called Whare Runanga or “House of Learning.” It is here where symbolic representations of heritage and ancestors can be found. To learn where you come from is a life-long journey for many people. Some people will read books about their ancestors while others talk to living relatives to hear stories of family who have passed on. Whatever the method may be, we all have some longing, however great or small, to connect with our heritage. This was especially the case for Iraia. You’ll currently find him at the Center giving cultural presentations and answering questions about the Maori culture. 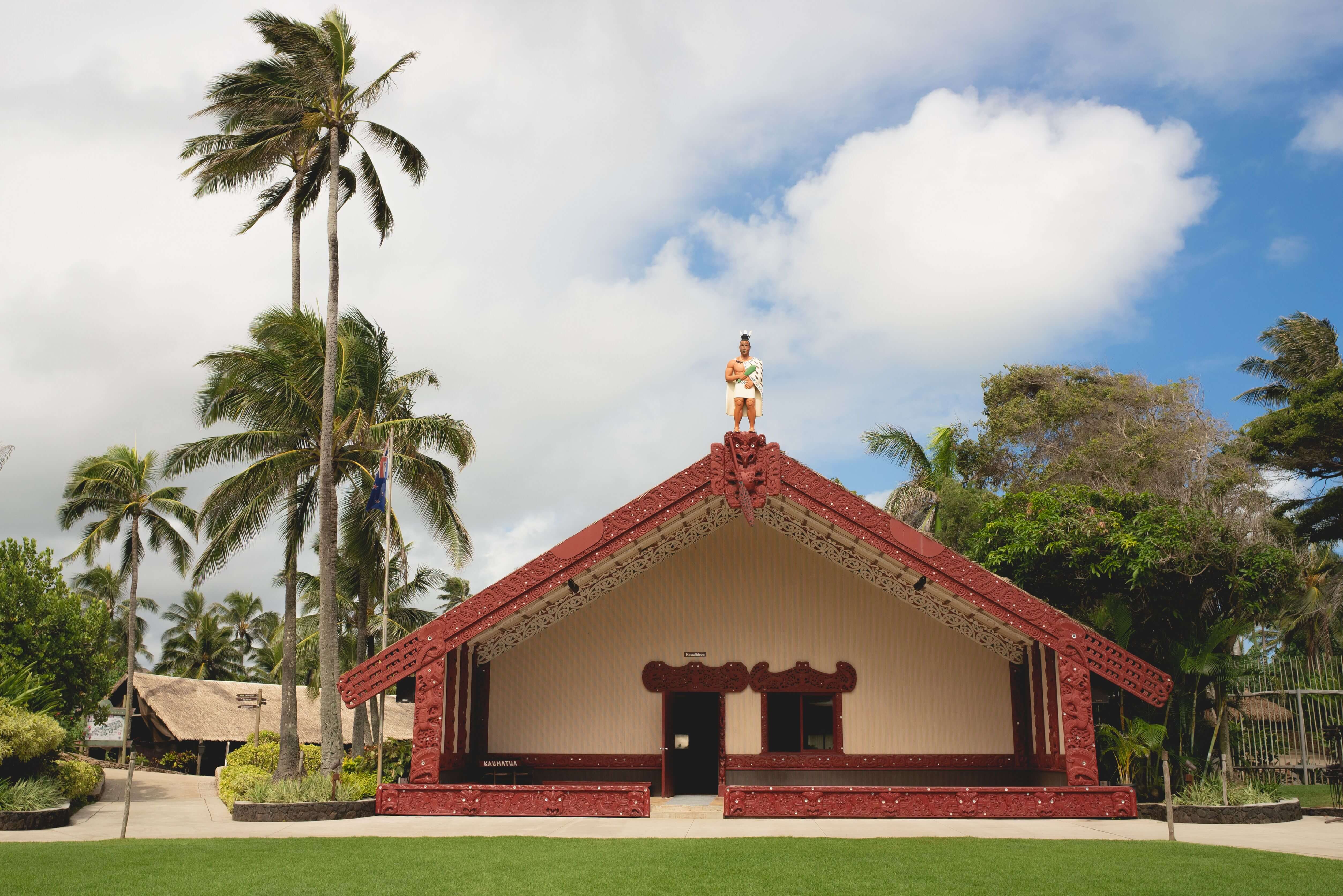 Prior to our interview, I arrived early enough to see his cultural presentation inside Whare Runanga. His words captured the attention of hundreds of guests and taught them about the culture he has grown to love. During my chance to sit with Iraia, he talked about his journey to achieving such a unique doctorate! It’s not every day you meet someone who’s fluent in the Maori language.

He lived in New Zealand until he was 16 years old. He didn’t have much interest in learning his culture while growing up, and when he and his family moved to Oahu, he discovered a new interest and love for surfing. “That’s all I did for years,” he says. It wasn’t until he graduated high school and went to serve among the Navajo people on an Indian Reservation in Arizona that he began to become more interested in his roots. “I saw their culture. It reminded me of my culture. When I came back [home], I was determined to learn the [Maori] language.” He came back to Hawaii and met his wife. She had a big influence on him and encouraged him to work at the Polynesian Cultural Center as they were going through school at Brigham Young University﹣Hawaii.

He started to learn parts of his culture from working at the Center. His wife spoke Maori, so she helped him along his journey. Iraia resolved to pass down this language and culture to his children. “I don’t ever want my kids to grow up and not know the language.” With that determination, his kids are now fluent in Maori. He didn’t find out that his grandparents knew the language until after the birth of their first born child. Once his grandparents overheard Iraia talking to his daughter in Maori, they began to answer back in Maori. It was a shocking discovery to Iraia to realize that his grandparent had known Maori his whole life. Back in their time, students were literally hit in school for speaking (Maori), and now his grandfather and grandmother were able to see this language being perpetuated and encouraged.

His quest to rediscover his culture led him back to New Zealand where he ended up pursuing and obtaining a Ph.D. in Maori. It’s been about 20 years since that initial desire to connect with his culture. 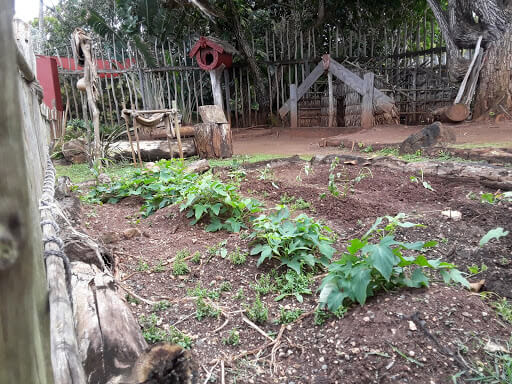 His Ph.D. is in the Maori language. However, as he soon found out, as one studies a language, they study a culture.“That’s why I love it so much …  It covers education, politics, history, geography, performing arts, television; everything.” By working at the Center, he hopes to convey to both visitors and student-workers alike the value and beautiful culture found in Aotearoa.

He also keeps busy by making exciting discoveries regarding the Maori culture. Lately, he has been looking into reviving a traditional way to prepare and store kumara or sweet potato. From books he has studied he has learned how his ancestors cooked, dried, and stored this important staple. “We have a lot of sweet potatoes growing here at the Center.” Learning the methods of the old ways is sometimes by trial and error. “Often,” he says, “it’s combing through old documents written about how kumara was prepared.” By doing this, he feels like he is discovering new things about his culture and also teaching others the same.

Going back to the roots

Iraia Bailey had a teacher once tell him that the language stems from the environment. “It comes from the ocean, the forest, the rivers, the earth, or even working with the earth,” he explains. “When I’m out there in the garden, it’s all connected, and I feel like I’m in touch with my roots.” He has felt like learning the language of his culture has helped him build a link to his past. “I felt like it connected me to my ancestors… [I] understand why they did what they did. Language is the window that gives you a peek into the world that they lived in.” 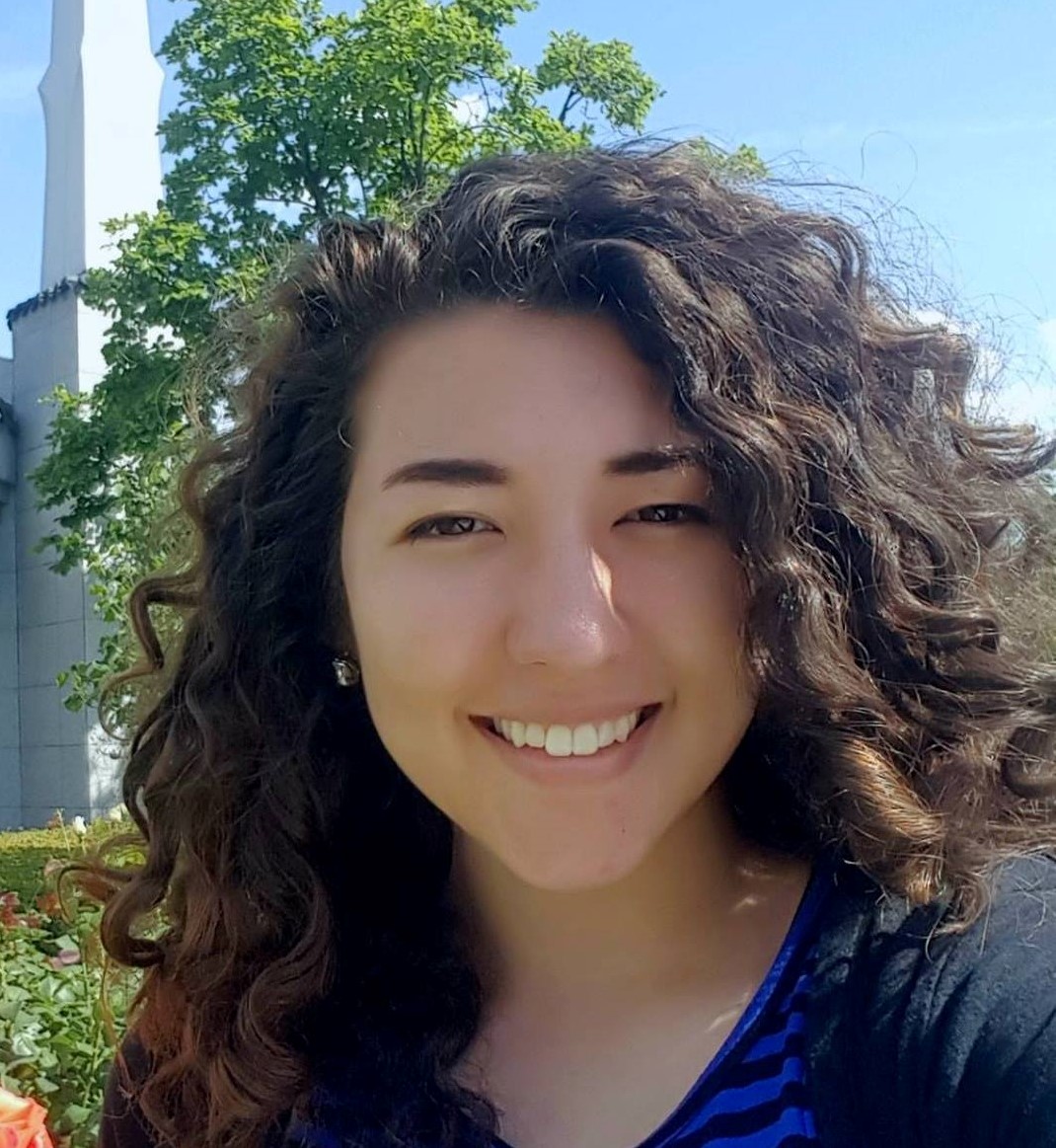 Story by Cari Phung, who worked as an English and Korean tour guide for a year at the Polynesian Cultural Center before her current job as an English tutor and blog writer for PCC. She is a BYUH student majoring in graphic design and minoring in professional writing. During an internship, she wrote several blogs for Rice Love, a non-profit organization striving to help families in India have access to food. She is constantly looking for ways to share her love for culture and its continued perpetuation.