Memories of Christmas in Tonga 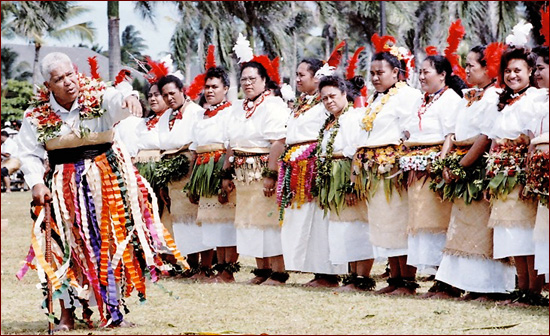 The PCC is proud to share this lovely story by contributing blogger, Mike Foley regarding Tongan Christmas memories from our PCC family, which was orignially published in December 2015.

Two of our Tongan PCC managers originally from the Friendly Islands share some of their fond memories of Christmas in the Kingdom of Tonga: Alamoti “Moti” Taumoepeau, Tongan Islands manager, who grew up near Nuku‘alofa, the kingdom’s capital; and PCC emcee coordinator Telesia “Sia” Afeaki Tonga from Mu‘a, which is also on the main island of Tongatapu.

Feasting, of course, and church: 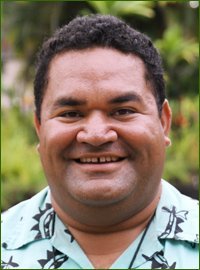 “Christmas to me was when families would set aside time for much prayer and going to church,” Taumoepeau recalled. “I was surrounded by families who were of the Wesleyan church as well as Catholics. All my friends, that’s what they did, and my family went along with that: Christmas was a time for church-going.”

“Every evening everybody would go to church, and we would have our own family prayers. After that, the fun would always begin. There would be groups of men and women who would carol Tongan-style, with all these old instruments, kind of like a home band. They would go from house to house, and when they arrived, we would always have to give them gifts.”

“It was also a time of feasting. Tongans, you will find, love to eat, and any holiday, any reason they can hold a feast, they will eat. Christmas was one of those occasions.”

“Of course, my parents had spent time in Hawaii, so we also had a little Christmas tree. I remember my first one was white plastic; and, of course, we had little gifts that they were able to afford early on Christmas morning. Later in the evening everybody was busy, coming around caroling and feasting. 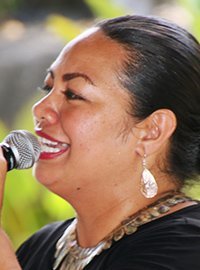 “I realize, looking back now, that I was privileged more than other children in my town. My father was a member of parliament, and my grandpa was also, so we always had a little bit more than everybody else around us,” Sia Tonga said.

“One of my best memories is of my father, Viliami Afeaki, getting in a Santa suit and riding a horse through Mu‘a, with everybody looking at him like it was so peculiar. He didn’t need a pillow in his shirt, because he was a man of regal stature; but the thing they loved the most, he filled bags full of every kind of candy he could think of from Tonga and New Zealand, and he would give that candy to the kids up and down the streets. I remember feeling so proud that my dad not only got to be Santa Claus, but to see how happy all the kids were to receive a little of the candy I often took for granted. It was there, at a very young age, that I realized Christmas is so much more about giving.”

“In Tonga, around Christmas time and especially leading up to the New Year, the number-one highlight were me’a lea — groups of make-shift bands who used whatever instruments they could, sometimes cans, who would go and sing Christmas carols at homes.”

“The other thing, it didn’t matter what denomination you were from, around the holiday season we always ended up at a pola [feast] during the uike lotu or the week of prayers that the Methodist families always held.”

“Our family also had a Christmas tree. My father was from a family of 11 — he was number-seven. The tree was whatever they could get that kind of resembled a pine tree. Under it we didn’t have very many gifts; it often ended up being lollies — sweets from New Zealand, so at least every one of the grandchildren had something to open. It might have been a small toy. They weren’t very expensive, but we looked forward to the tree and the gifts. Not every Tongan did that, but I’m thankful we had that tradition.”